“I was hoping for a time a little bit lower but things happen for a reason. But overall I felt really good.” he said. “For first meet under 16 (minutes) it’s a good start. Next week I’m going to the Southlake meet so hopefully I can draw a really good time there running with all the top Texas boys.”

“Roger has been working really hard; we have a bunch of dudes working hard every day,” Abeyta said. “We’re always pushing each other in practice and helping each other get stronger. Every year since I’ve been at Hanks our team has advanced to regionals. I like knowing our team is strong enough to have an opportunity to race all those kids in our region. It’s just a wonderful experience that I want to share with my team.” 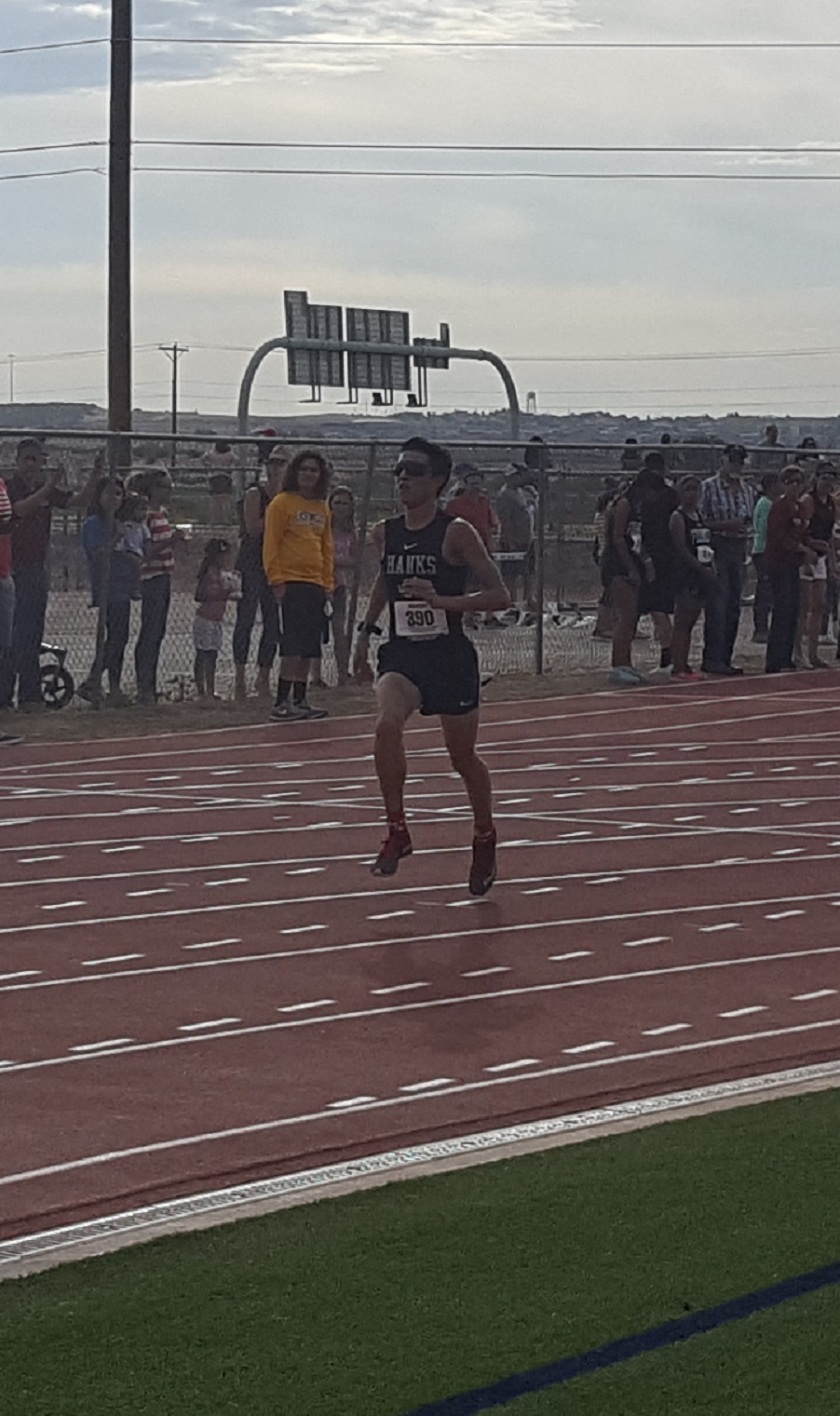 For the second consecutive week, the Eastwood boy’s ran well as a pack with two runners in the top five and five in the top ten for 30 points, well ahead of second place Hanks (92), Coronado (93), Franklin (106) and Chapin (114).

“We’re working towards the bigger races and gradually getting better,” Leon Cuartas said. “We’re hoping to head to NXN and hopefully take home second or the state title at state.”

“We’ve been working hard all summer so it’s great to be able to come out and show how our training has shown some positive results so far,” he said. “It’s an honor to part of this program. These boys have taught me so much in a short period of time I’m proud to be part of this team.”

Last week, the Troopers one-to-five gap was nine seconds and the rest of the state took notice.

The Coaches Cross County Association of Texas voted Eastwood No. 1 in Class 5A over last week’s No.1 Lovejoy.

Despite the ranking, Eastwood coach Mike McLain considers the Troopers an underdog.

He said the team believes it too, which is why they train as hard as they do.

“There are other schools in town who have the superstars,” he said. “Nobody knows anyone on my team until they’ve worked a couple of years here so I believe even in town we are the underdogs.”

“Coach (Anthony) Laspada is working his butt off, he is doing a great job at Franklin and he is doing it the right way,” McLain said. “My girl’s ran very well last week but Franklin beat us. Even though we ran well, but having that happen, sometimes girls don’t respond to the pressure as much as boys but not these girls. They had a team come up and beat them last week but to be honest with you, we didn’t even talk about it all week. But something tells me inside they didn’t like it very much and that performance today against what I consider to be an excellent Franklin girl’s team was impressive.”

McLain said this girl’s team could make some noise at the Region 1-5A Meet – and beyond.

“I’m starting to see some things out of the girl’s team that’s going to get us a chance to make it to the state meet,” he said.

My love of running began with my son Deric. His passion and talent for distance running opened my eyes to a sport I never imaged I would embrace with such enthusiasm. As a journalist at the El Paso Times, I was the lead writer for cross country and track for several years and I was able to tell the stories of these amazing unsung athletes. Never a runner myself, I decided to change that when I turned 50 in 2016 when I trained for my first 5K. I've been running ever since and I love every minute of it - well - sort of. View all posts by Victor R. Martinez